He’s easy to spot in a crowd. Sixteen-year-old TUMO Stepanakert student Samvel Sargsyan is tall, blue-eyed and usually sports a wide-brimmed hat, a backpack, and earphones. In his small town, his friends call out, “Hey, that’s TUMO Samo!” when they see him walking down the street. When a TUMO center opened in Stepanakert, Samvel was among the very first students to register, and still fondly recalls the day he successfully completed the first phase of his TUMO Path, celebrating the occasion with a slice of pizza and a friend.

“In my classroom at school, my friend and I were more or less the only ones who were tech-savvy. That’s what motivated us to join TUMO—we wanted to learn programming. What ended up happening is that there isn’t a single workshop or lab in these past two years that I didn’t participate in,” laughs Samvel, “except for programming.” Funny enough, the teen has yet to complete his programming workshops.

For Samvel, it all started with photography at TUMO, though the teen confesses he never thought of himself as a photographer before. “Growing up, the photographer in the family was always my sister, Shogher—but don’t tell her I told you that,” he whispers. “We started at TUMO together, but I happened to participate in the Center’s very first photography workshop, and had the opportunity to learn from such masters as Italian photojournalist Pier Paolo Cito and American-Armenian photographer Scout Tufankjian.” 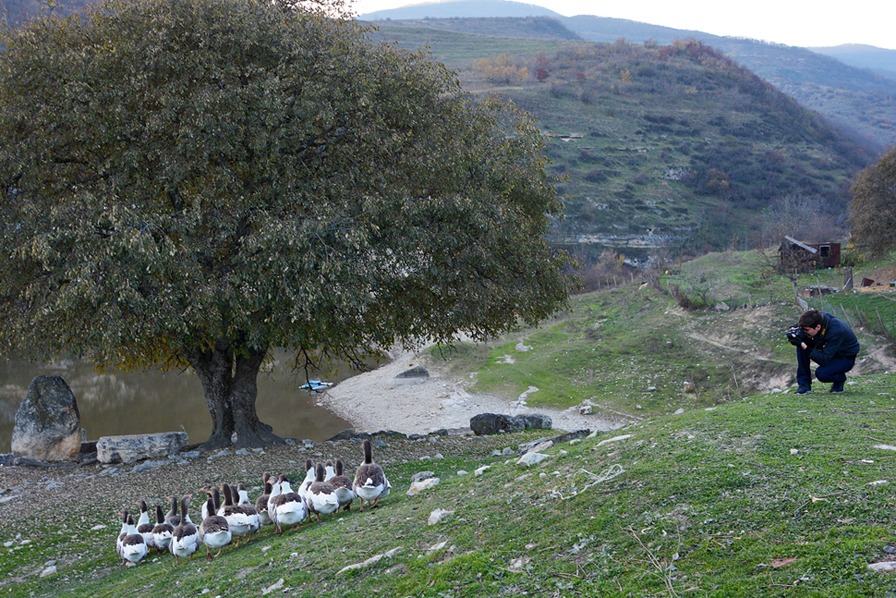 To this day, Samvel signs up for every single TUMO workshop and lab at our Stepanakert center. He actively tries to get as much experience and knowledge as possible from TUMO.

“Before starting at TUMO,” the tech junkie with a hidden talent for acting says, “I was convinced that theatre was the only creative option open to me, but for two years, TUMO has been opening dozens of doors; fields I didn’t even know existed. Learning a bunch of different skills from scratch at TUMO helped me understand my strengths, interests, and the direction I want to continue in.” 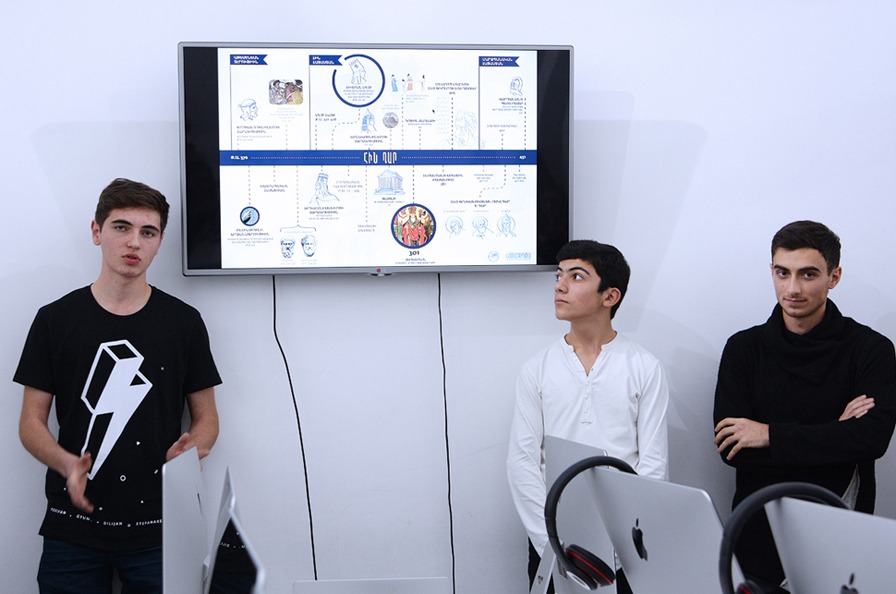 Samvel, who has participated in photography, infographics, graphic design, robotics, music, motion graphics, architecture, 3D modeling, and cartography workshops and labs, still has many plans at TUMO. First and foremost, he’d like to finally learn programming. The one thing he came to TUMO for in the beginning.