TUMO Labs is part of the EU TUMO Convergence Center for Engineering and Applied Science, a project funded by the European Union and implemented with the TUMO Center for Creative Technologies.

An impressive, floor-to-ceiling body scanner sits nestled in the corner of the room, surrounded by a flurry of activity buzzing in every direction. A handful of students are exploring a variety of different software and programming languages over there, with others stepping into the contraption and capturing lifelike images of their features. At the head of the room stands Alfred Waizenauer, CEO of Osensus GmbH and developer of the monolithic structure looming off to the side, the 3D Fascination Scanner.

Spearheaded by TUMO Labs in tandem with Osensus Armenia, the project finds a group of students and young professionals diving headfirst into the intricacies and nuances of one of Osensus’s flagship projects: 3D scanning of animated objects using the 3D Fascination Scanner, the world’s most compact and mobile full body plug and play device of its kind. At the moment, the scanner primarily functions as a means to produce lifelike 3D models of scanned copies captured by the device. But bigger things are most definitely on the way, with Alfred quick to point to the range of limitless possibilities for the scanner with the explosion in global popularity of augmented and virtual reality. “Up until now, our 3D models have been static. Now, we’re seeing an opportunity to augment reality using 3D objects. It could be as simple as using your smartphone to plug one of our scanned 3D objects directly into an AR setting.” 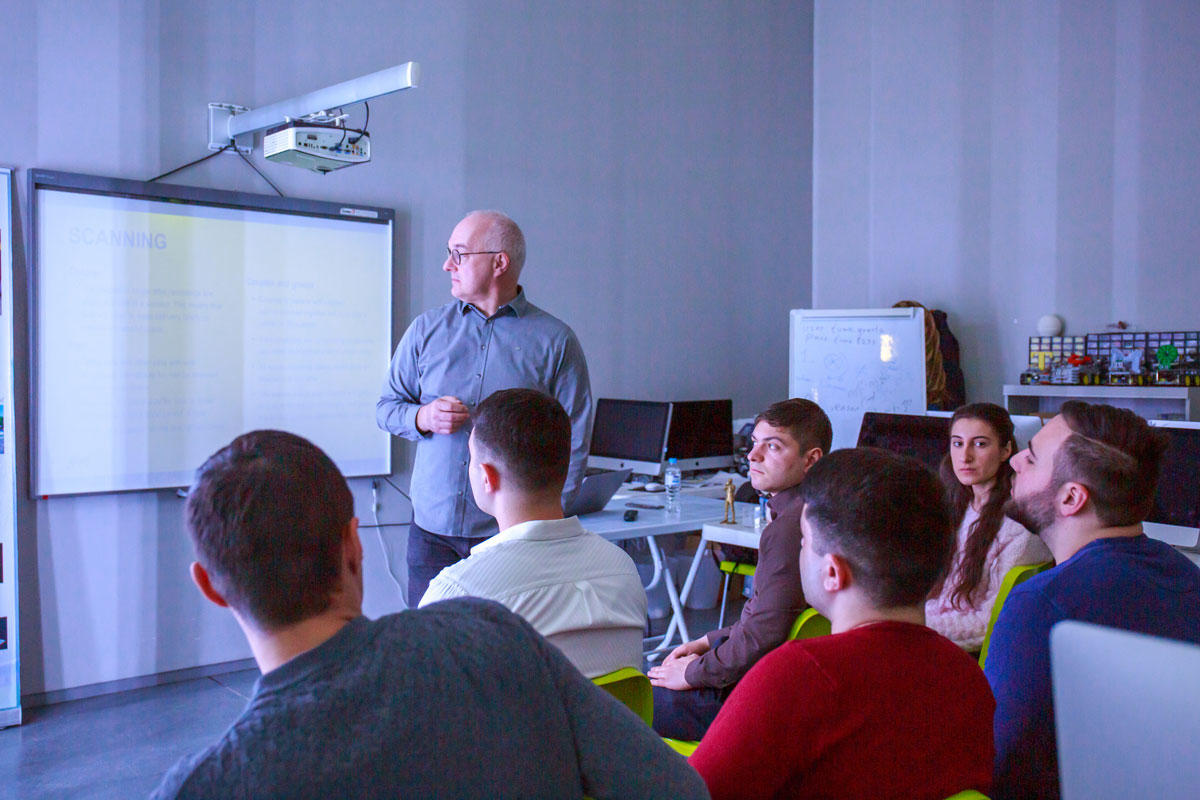 That’s where rigging, or the process of configuring the model’s structure and joints, comes in. In order to even support animated 3D models for use in the burgeoning AR world, the students, aided by Alfred along with Suren Abrahamyan and Serob Balyan of Osensus Armenia, need to create and develop an automated rigging process, a critical precondition for animating 3D models and, thus, the primary objective of the program, with students researching, combing through, and combining different forms of software to inch ever closer to making fully automated 3D models compatible with AR. As Serob notes, “Rigging itself is not a very huge deal, as many software programs have already figured out the challenge. The difficult part has to do with automated rigging. But with the help of TUMO Labs and the students, we’re hopeful we can achieve this result. And it will be fascinating when we do.” 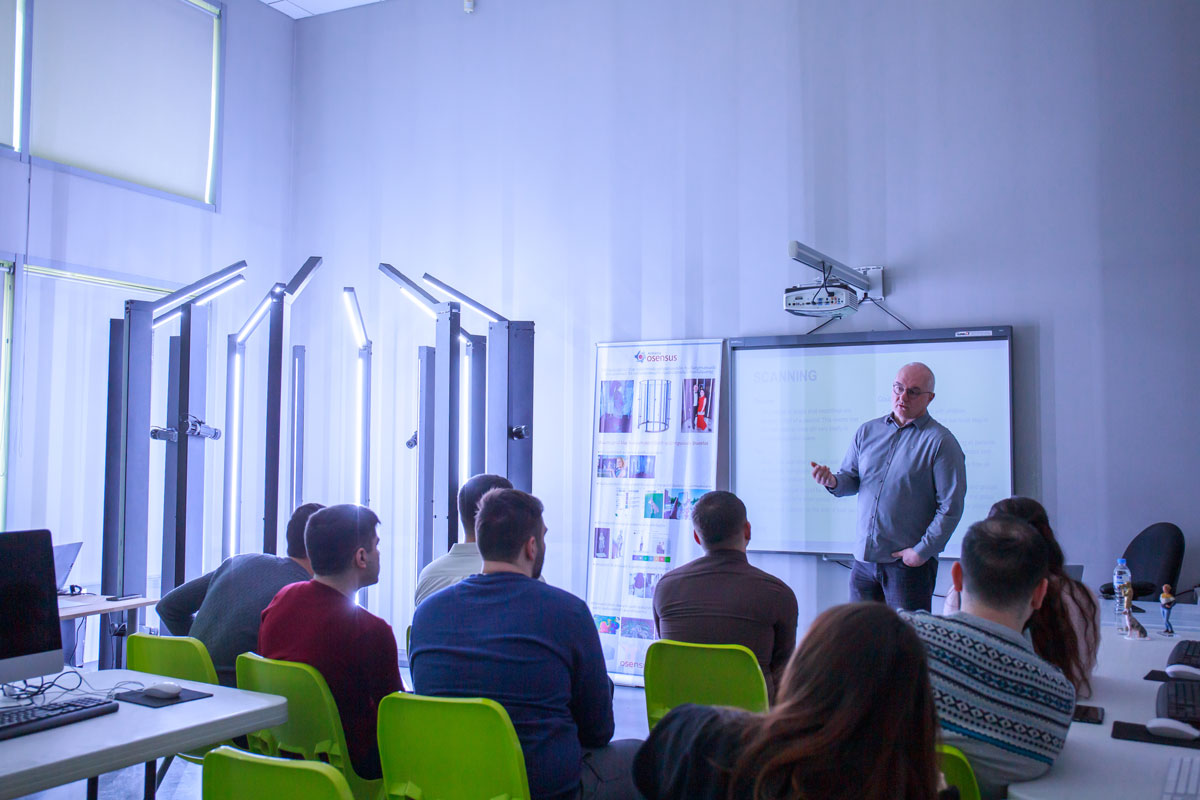 TUMO’s 3D Modeling workshop leader Garik Khodaverdi also worked extensively with TUMO Labs students on the project. “I had a short time to introduce students to the different stages of 3D modeling while getting everyone up to speed in Autodesk, Maya, and the ZBrush software needed for 3D animation. And we got results! Another highlight was the scanner workshop, it helped students combine the theoretical with the practical.”

With the range of new and exciting possibilities in terms of just how far the 3D Fascination Scanner’s limits can be stretched comes a new set of opportunities for Osensus Armenia. 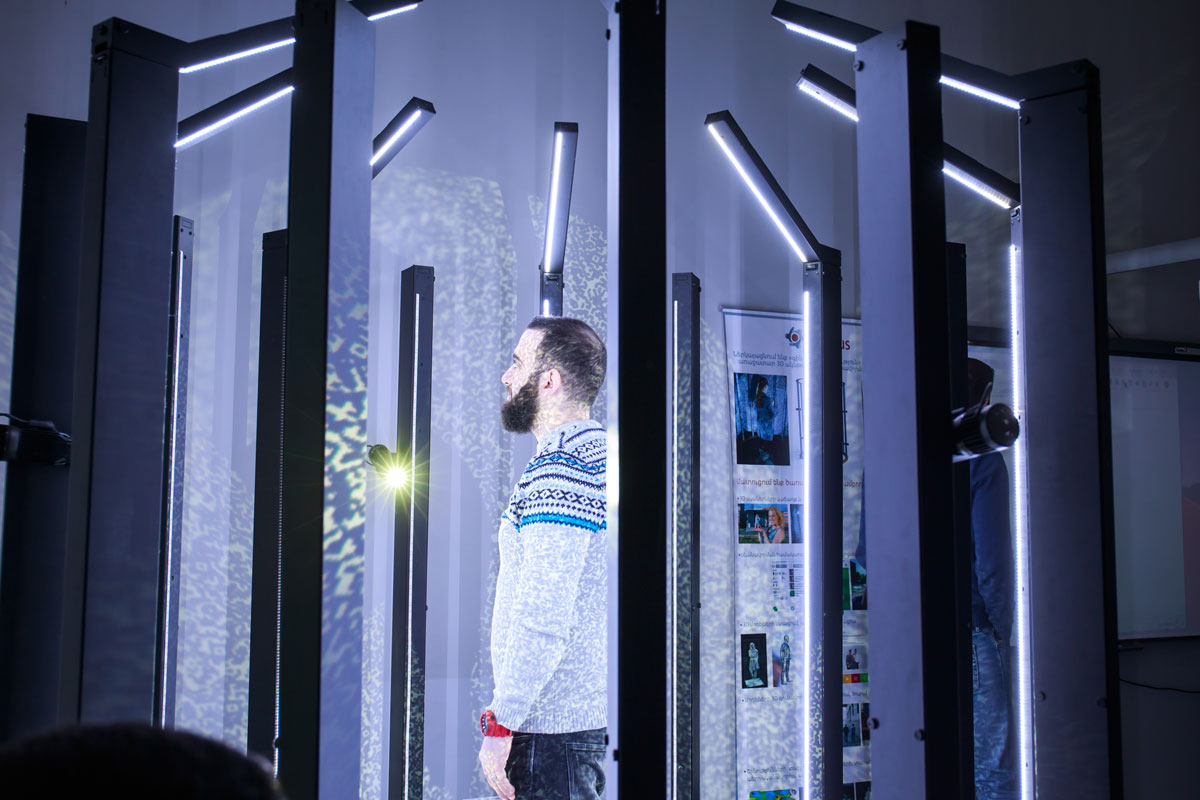 Previously tasked with providing full cleaning services for the scanned 3D objects, the organization now looks set t o develop an A-Z, full software package compatible with Osensus’s hardware, tinkering and updating along the way to enhance the product’s performance and functionality-hopefully with the help of organizations like TUMO and the inquisitive young minds participating in the project. “It’s definitely an ideal start for students and young professionals who want to explore the world of 3D modeling and AR/VR,” says Suren. “The students are creating real products and seeing real results for real-life problems.” Alfred, echoing Suren’s thoughts, adds “They’re highly motivated and have a solid foundation of skills. And they’re asking the right questions, which is always a good sign that they’re engaged.” 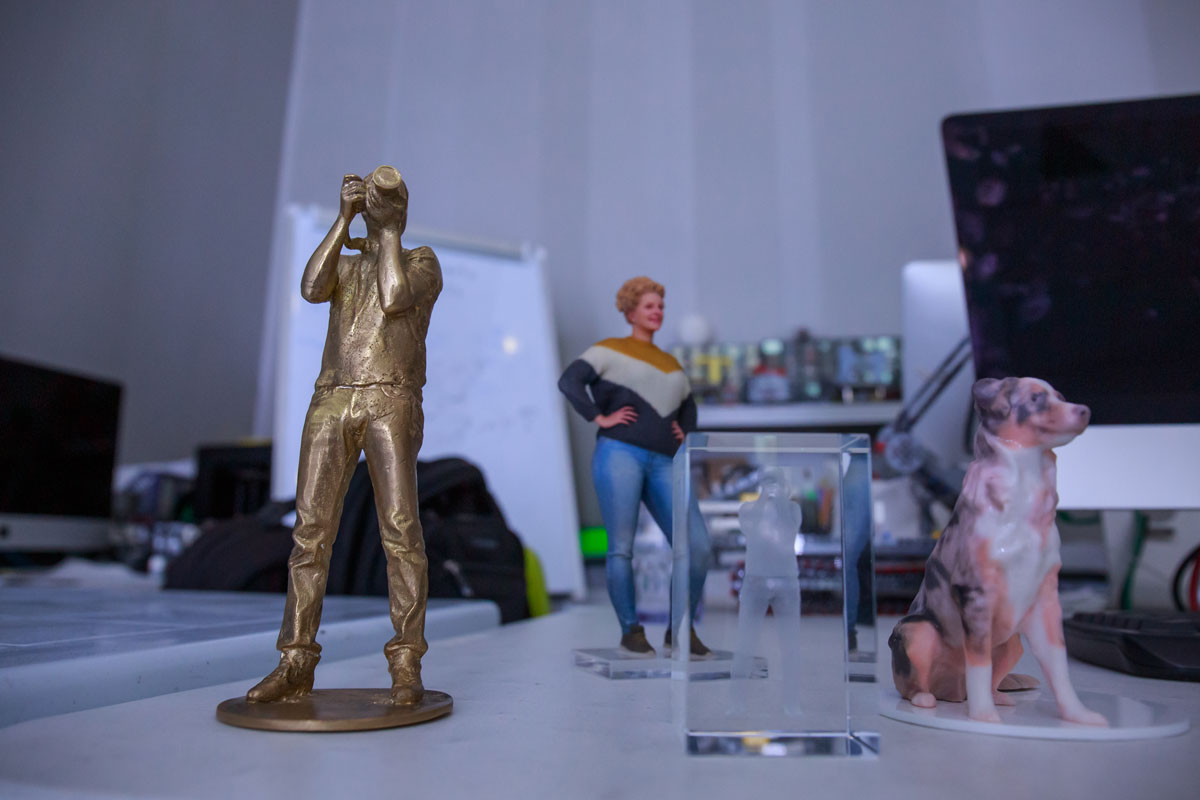 Ultimately, the innovative, boundary-pushing nature of the project fits rather comfortably into the niche that TUMO Labs has been carving out for itself in Armenia, having already teamed up with 10XEngineering last autumn to train a group of UFAR students in designing a fully automated climate control system, and currently overseeing two separate projects on AI traffic control systems and innovative data management in the healthcare sector. Part of the EU TUMO Convergence Center, TUMO Labs is already making the center’s mission statement a reality, with Suren highlighting the opportunity to “merge young professionals and the energy and ideas they bring with companies like ours.” As student Arpen Tadevosyan enthuses after Alfred wraps up a hands-on demonstration before breaking for lunch, “It’s certainly a challenge. But it’s really exciting at the same time-being able to work on something with real world implications.”

Because of the current public health situation in Armenia and throughout the world, TUMO Labs is now conducting all of its courses online.