The opening of the Martakert TUMO box in Artsakh wouldn’t have been the same without Hayk, who had one of the most presentable looks at the event. Hayk Machkalyan came to Martakert to meet the new TUMOians of the box, share tips on the basics of robotics, and get inspired by their energy. A TUMO Stepanakert student for over four years now, Hayk has participated in a handful of workshops and learning labs – and he’s in no rush to become an alumnus. “It’s too early,” he says with a smile and shares that there’s still a lot more left for him to learn.

According to Hayk, becoming a TUMO student was his destiny: It wasn’t a coincidence that the Stepanakert center opened close to his home. Hayk remembers the days that he would sit in front of the TUMO Stepanakert building and count down until he could walk through the front doors as a student on his 12th birthday. When the day finally arrived, Hayk was elated. “I’ve had a soft spot for computers since childhood, so the first two workshops that I chose were web development and programming.” In four years, Hayk has completed all three levels of the programming workshop and not one learning lab goes by without him in the room. “By working with local and international experts, you push yourself to also become a pro in your field.” 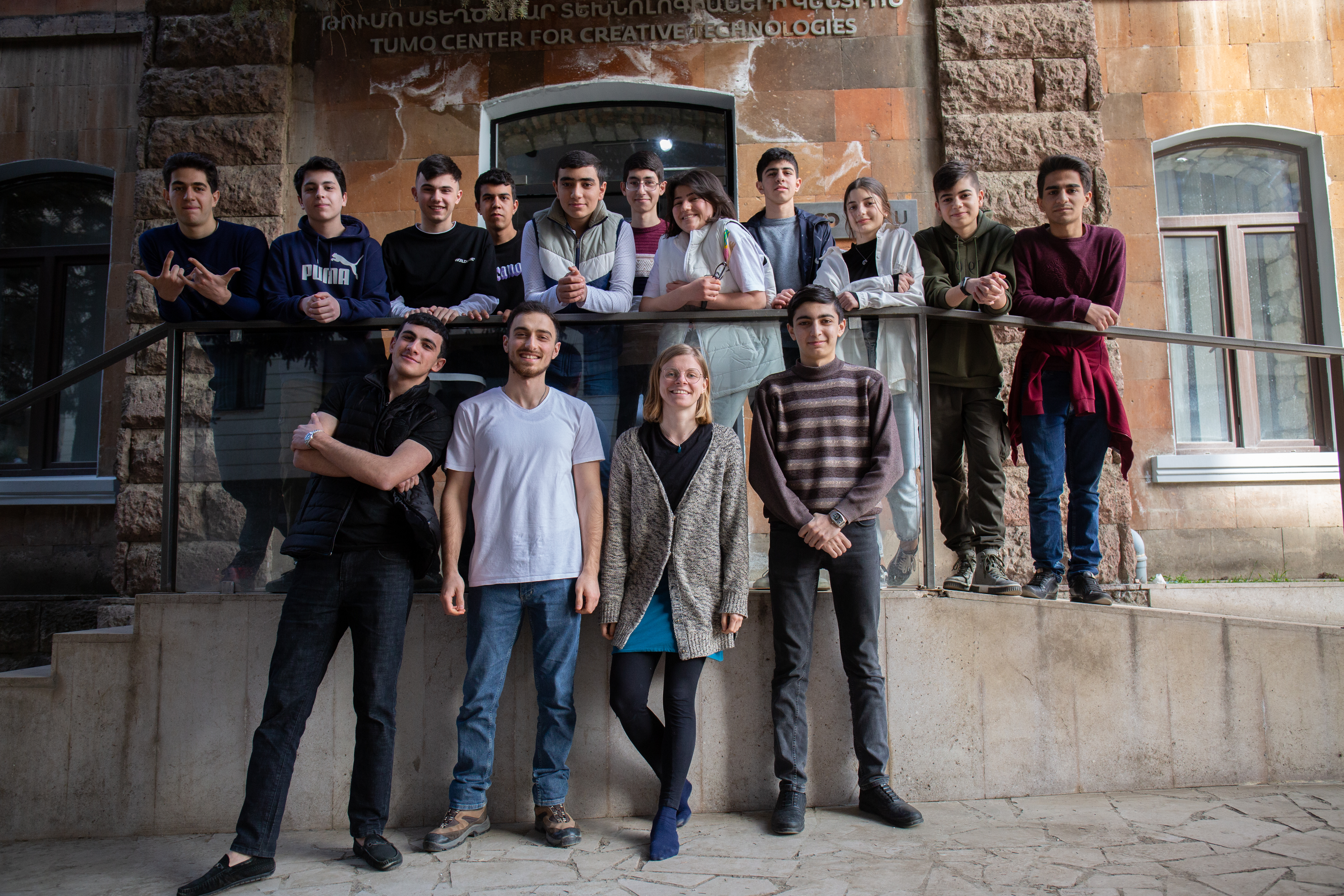 Although coding comes easier to Hayk, he still gives other fields a go. “I struggle with drawing, for example. But when I look back at what I’ve made, I know that it was worth it.”

Has he left out any TUMO learning areas? “Four years were probably enough for me to know a little bit of everything.” As to how many levels are left until he becomes an expert, he’s not sure yet. One thing is certain: what matters most is your drive. “And it’s exactly that drive that TUMO awakens in you.”