As part of TUMO’s expansion in Armenia and Artsakh, TUMO boxes opened in Kapan, Sevan, and Vayk.

The Kapan box will remain in place for one year, after which it will be replaced by the full-featured TUMO Kapan center inside the city’s historic train station, currently being renovated thanks to a generous donation by Judy Saryan and Victor Zarougian. The Sevan and Vayk boxes will be connected to TUMO centers in Dilijan and Yeghegnadzor, respectively.

In her welcoming speech, TUMO CEO Marie Lou Papazian noted “We are thrilled to have opened three additional boxes today. We are reaching all teenagers across Armenia and Artsakh, town by town. Through the TUMO Armenia campaign, many centers and boxes are scheduled to open in the coming years, starting with a box in Martakert in January. Thank you to all of our partners for granting tens of thousands of teenagers access to leading edge learning opportunities.” 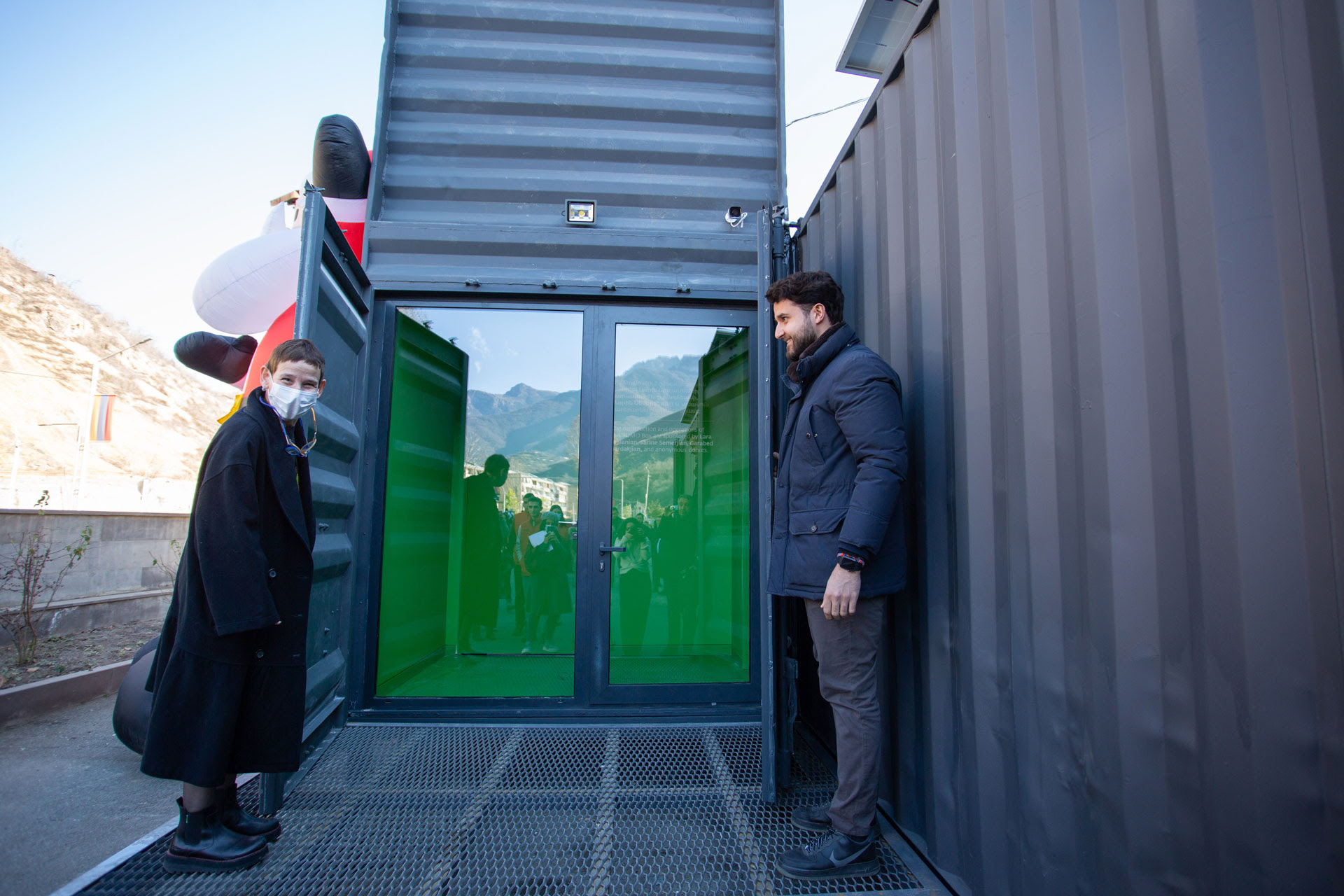 In the upcoming five years, the TUMO Armenia initiative will grant all teenagers nationwide access to TUMO’s education program by building 16 fully-equipped centers in the largest cities of the regions and 110 TUMO boxes in smaller communities.

The opening of the TUMO boxes was made possible thanks to the support of the TUMO Armenia campaign’s sponsors. The Kapan box is sponsored by Lara Arslanian, Garabed Bardakjian and Sarine Semerjian; the one in Vayk by Dr. Armineh and Dr. Ara Tavitian, and the one in Sevan by an anonymous donor. 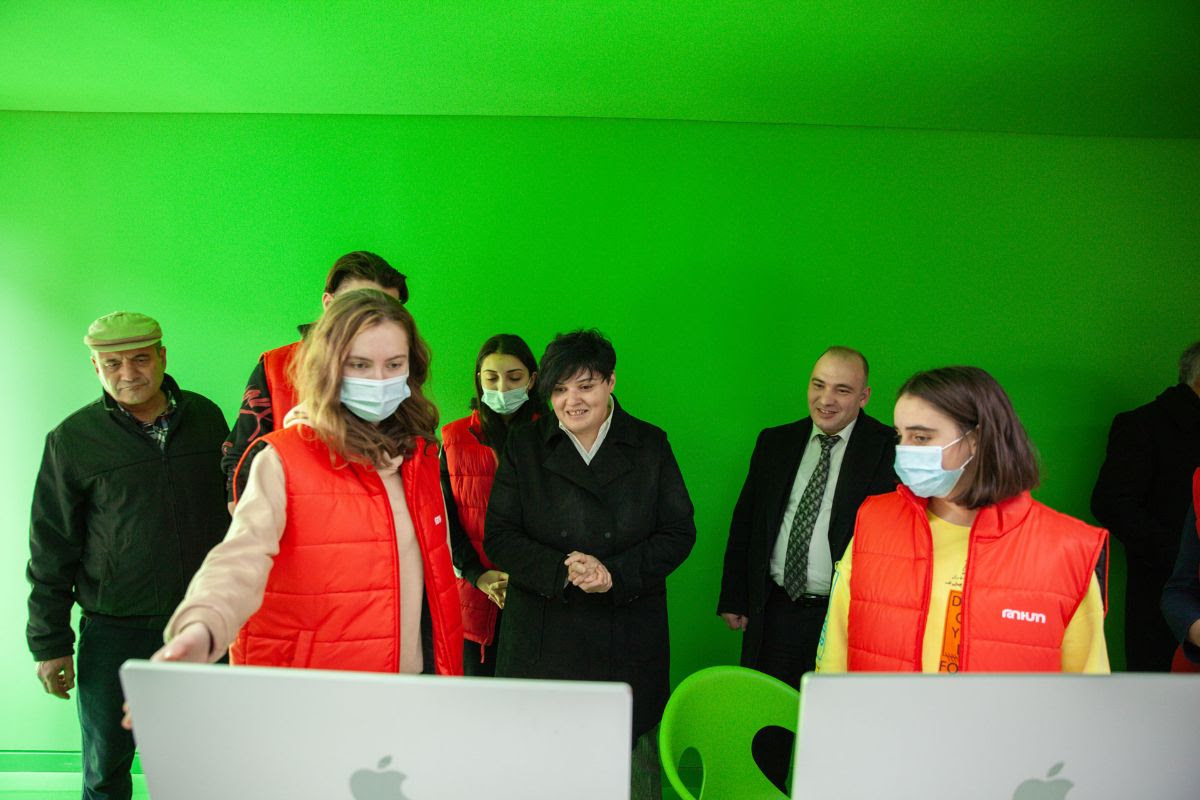 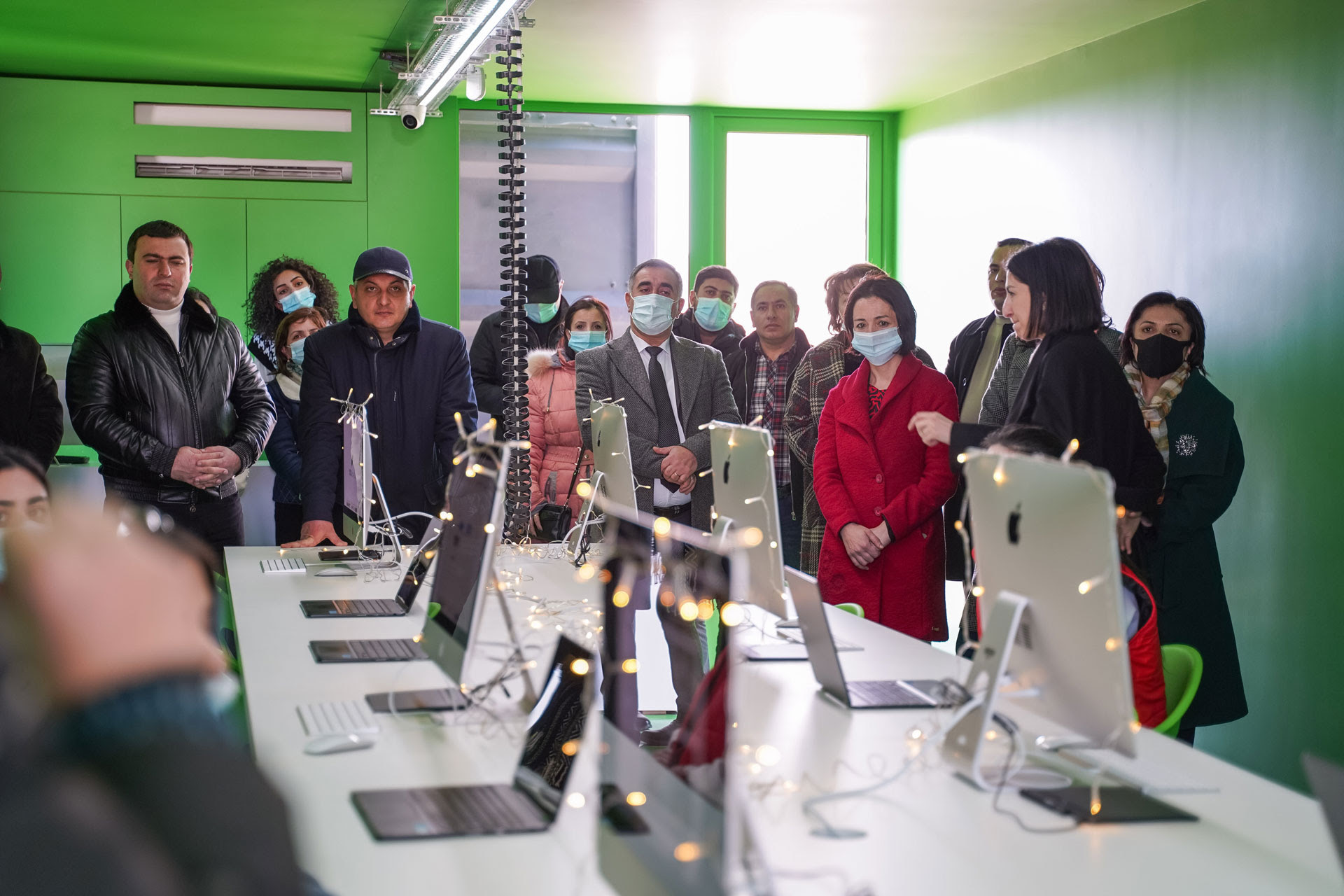 Garabed Bardakjian, who attended the opening of the Kapan box, noted, “When it came time for us to make our choices as to which organizations to support, we had set clear goals for what we wanted to accomplish with the funds, primarily direct assistance to families, and mid-to-long term educational change for the children. When we reached out to TUMO knowing their history of transforming education in Armenia, we were overjoyed to learn about the TUMO box project in Kapan, and that it was in line with everything we hoped to accomplish.”

RA Deputy Minister of Education and Science Zhanna Andreasyan stressed the importance of installing TUMO boxes near schools. “It’s important that three boxes are opening simultaneously in different regions. I think that we’ll see a positive development in the field of education very soon. In addition to this, it’s noteworthy that the boxes are placed directly next to schools as this creates more opportunities for learning.” 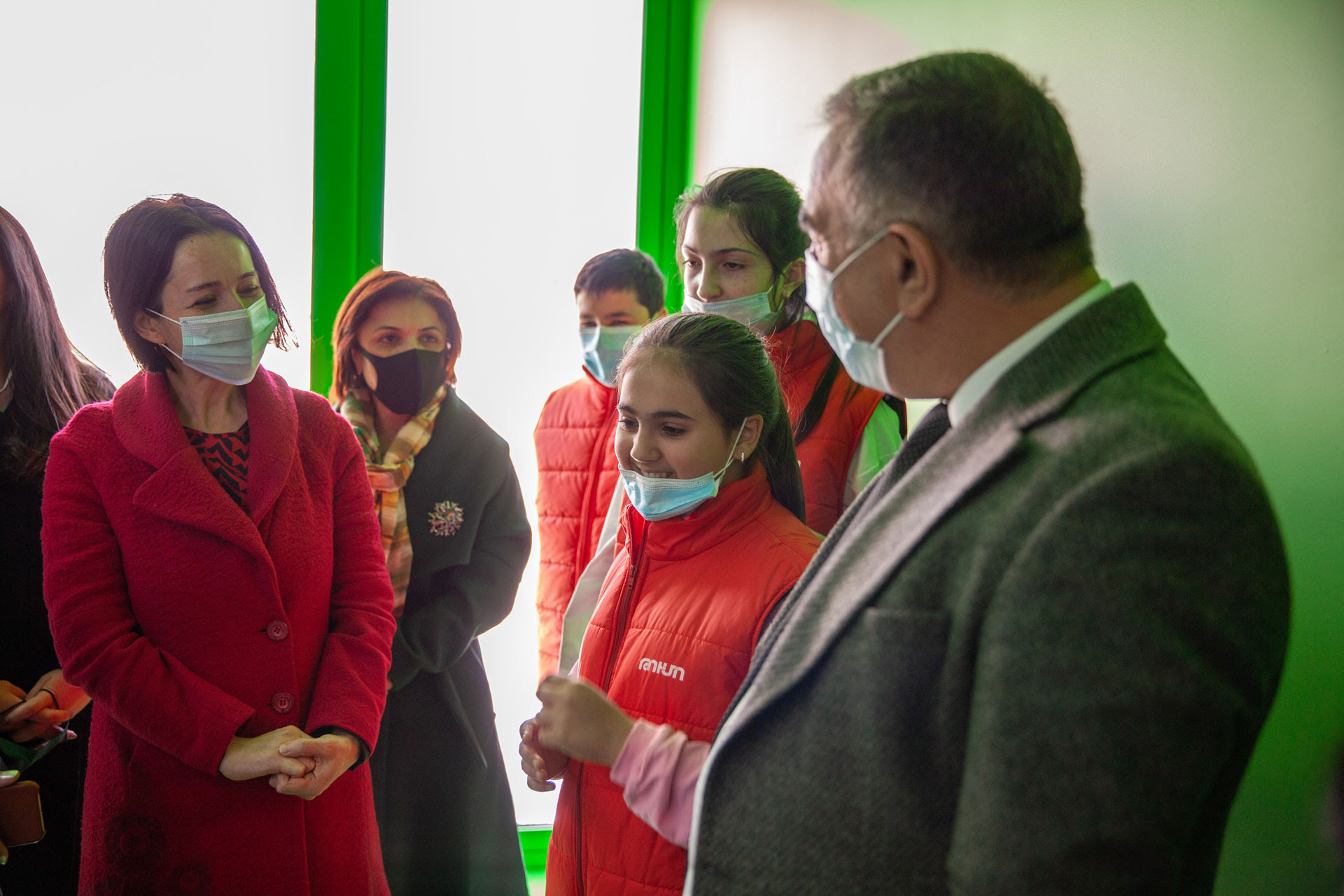 During the event, the students who were the first to register in Kapan, Sevan, and Vayk became acquainted with our education program and met with TUMO alumni and current students.

TUMO Dilijan alum Gayane Safarian, who commuted for years from Sevan to TUMO Dilijan, will support the teenagers of her hometown as a learning coach.

“TUMO was one of the best things that has happened to me. Thanks to my beloved coaches, I discovered my hidden talents. Now I can finally pass on the knowledge that I have gained to students from my community, who haven’t had the opportunity to attend TUMO,” shared Gayane. 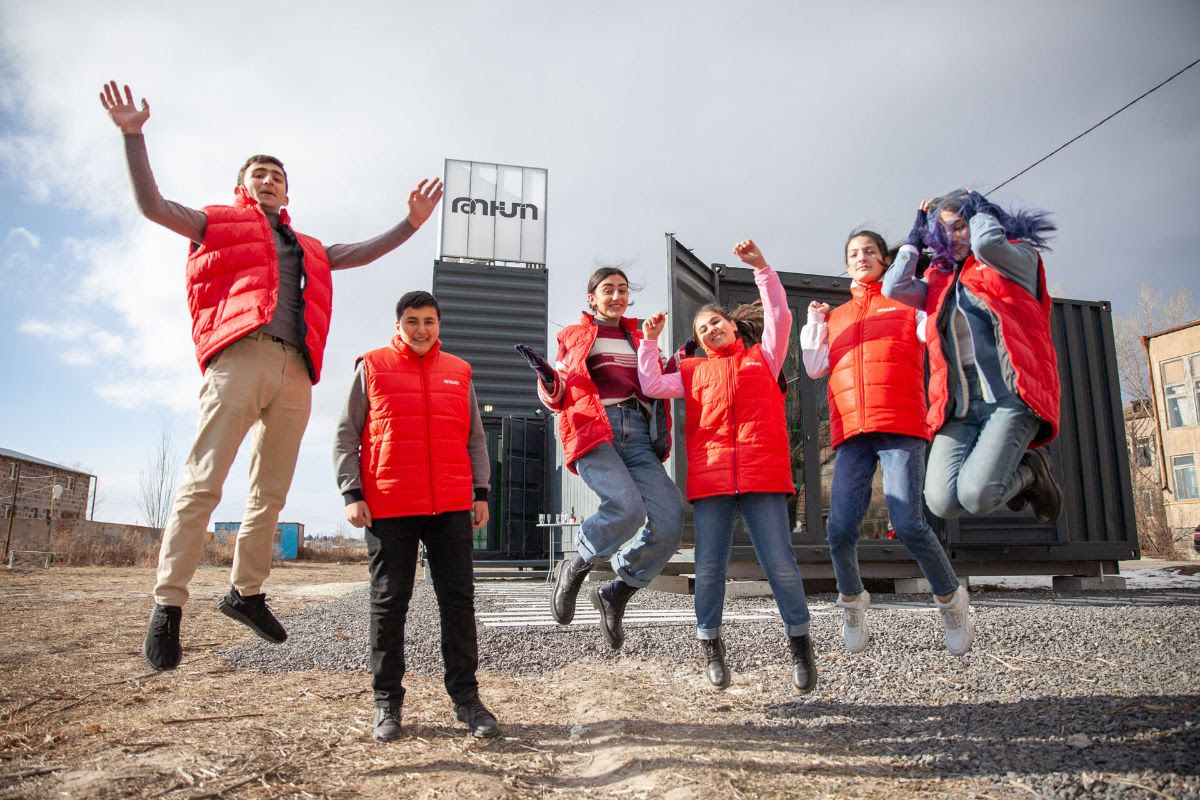 The TUMO box is an easy-to-build, transportable and fully equipped mini-TUMO, where students complete the self-learning portion of the program. Throughout the year, students commute to the nearest TUMO center to participate in workshops and learning labs. Each TUMO box will grant 320 teenagers weekly access to an education in technology and design.