Hundreds of workshops, the opportunity to learn from leading international experts, educational and cultural events, the possibility to expand one’s horizons and gain achievements in the latest fields for thousands of young people – all of this has become possible for students in Gyumri and Stepanakert thanks to the partnership between two organizations.

“Our partnership with TUMO made it possible to expand our mission of education through digital technologies and beyond the borders of Yerevan. These two centers are fulfilling that mission wonderfully and prove that education in the fields of technology and design is in demand and can produce visible results,” said AGBU Armenia President, AGBU Central Board Member Vasken Yacoubian.

“AGBU and TUMO are like-minded organizations that share the vision of a future where the Armenian youth will enjoy quality and innovative education. At the start of our partnership, we had planned to open one center for 500-1000 students, but the project grew during that year and ended up becoming two centers providing extra-curricular education for 3000 students,” TUMO director Marie Lou Papazian noted in turn. 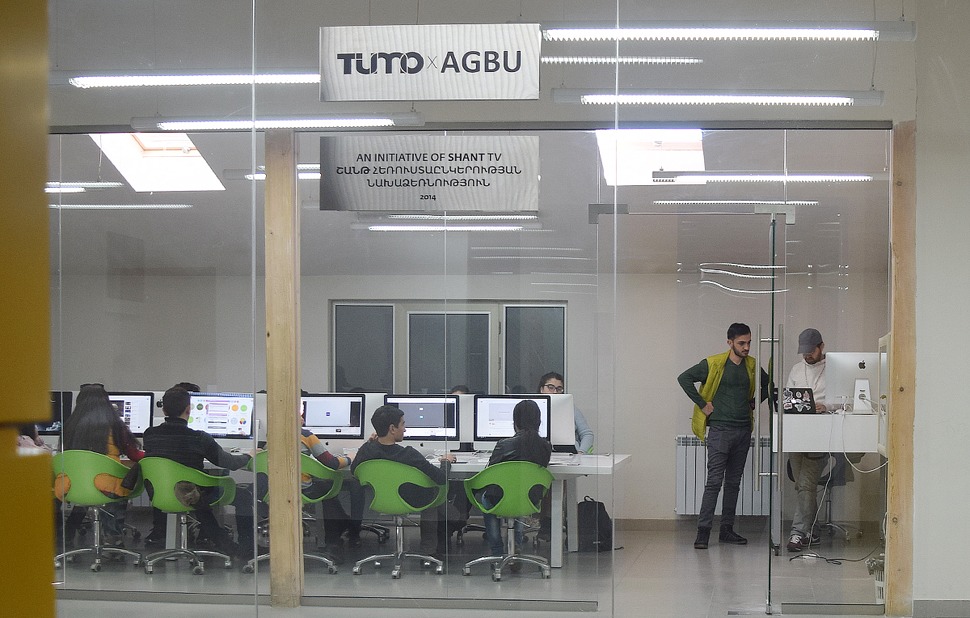 Since its opening in May 2015, the Gyumri center has been running more than 200 permanent workshops taught by TUMO experts for 2000 students as well as many learning labs led by invited international experts. The work done by the students is gaining international recognition. The photographs produced by the students during the workshop run by photographer Katarina Roters ended up being a part of the official Armenian stand at the Venice Biennale, and one of them made it to the final of the Arte Laguna international competition. A group of TUMO programming students won the large hackathon organized in Gyumri and two young people from that group presented their project to the Seaside Startup Summit in the United Arab Emirates. In 2017, a large event dedicated to Carnival Sunday (Barekendan) was organized for all the students at the Center and Gyumri public, featuring the TUMO TmbaTa band and its members from Gyumri and Yerevan, who played to a full crowd at the city’s Drama Theater. 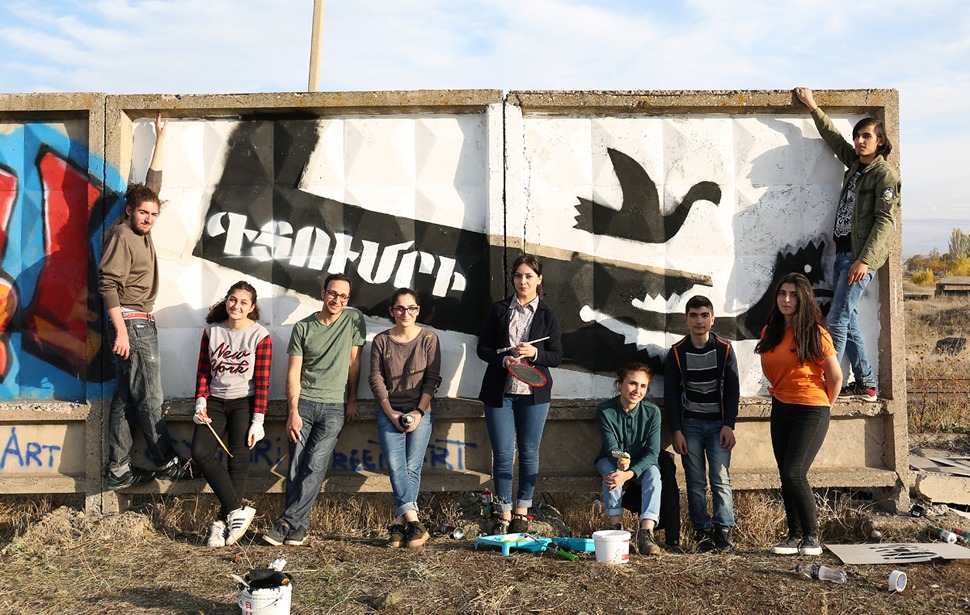 The TUMO Center in Stepanakert, which launched on the Independence Day of Artsakh—September 2, 2015—hosts more than 1000 young people who take part in over 160 workshops and learning labs a year. The students at the Stepanakert Center participate actively in the development of the state’s culture and tourism by creating infographics, maps and promotional material about the country with the leading experts in the field. The material produced by the students is used by reputable organizations in the country. These young people have created a logo for the Artsakhpress news agency as well as won a design competition in commemoration of Zabel Yesayan. The work done by the students has spread beyond the borders of the state. The infographics created by the Stepanakert Center students are used in history lessons at the Ohannessian School in Sharjah. 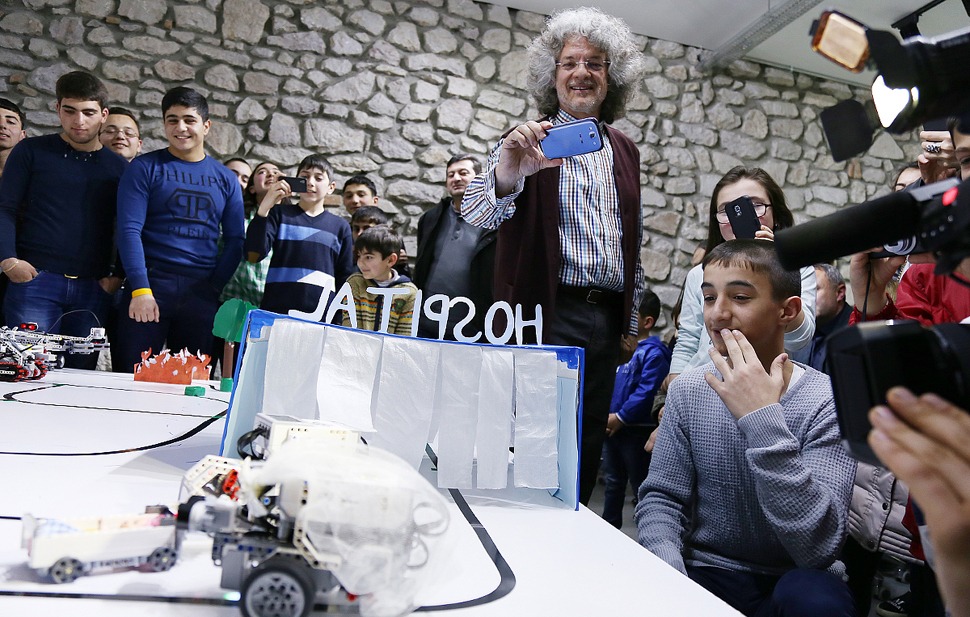 Both the Gyumri and Stepanakert Centers invite high-level experts from different countries of the world – the US, Japan, Russia, and several European countries. They pass on their knowledge and experience of graphic design, programming, filmmaking, robotics, machine learning and various other modern fields to the young people.

The partnership between AGBU and TUMO is not limited to the education programs delivered in Gyumri and Stepanakert. Music bands consisting of TUMO students along with the AGBU Nork Children’s Center performed on the grand stage of the New York City Center during Hokis, a multi-genre event on the occasion of the 110th anniversary of the founding of AGBU. The performance was repeated during the year on stages in Yerevan and Gyumri.

The productive partnership between AGBU and TUMO is a strong precedent for new achievements and the implementation of projects that will provide an even bigger boost to Armenian young people.