Today’s opening of the TUMO box in Martakert, the first in Artsakh, marked the launch of TUMO’s Artsakh expansion program. Attending the ceremony were TUMO’s leadership and high-ranking government officials from the Republic of Artsakh.

During the event, alumni and experienced students from TUMO Stepanakert shared insights and worked on short projects with teenagers who were the first to register in Martakert.

In her welcoming speech, TUMO CEO Marie Lou Papazian noted, “Knowing Artsakh and its youth, I’m certain that our box in Martakert will further inspire and motivate students to develop their skills in technology and design. This is only the first step: Through the TUMO Armenia campaign, we will also build boxes in Askeran and Martuni, making our program accessible to all teenagers in Artsakh. By connecting the boxes to TUMO Stepanakert, we will shape the center into an education hub full of workshops, learning labs, and projects.” 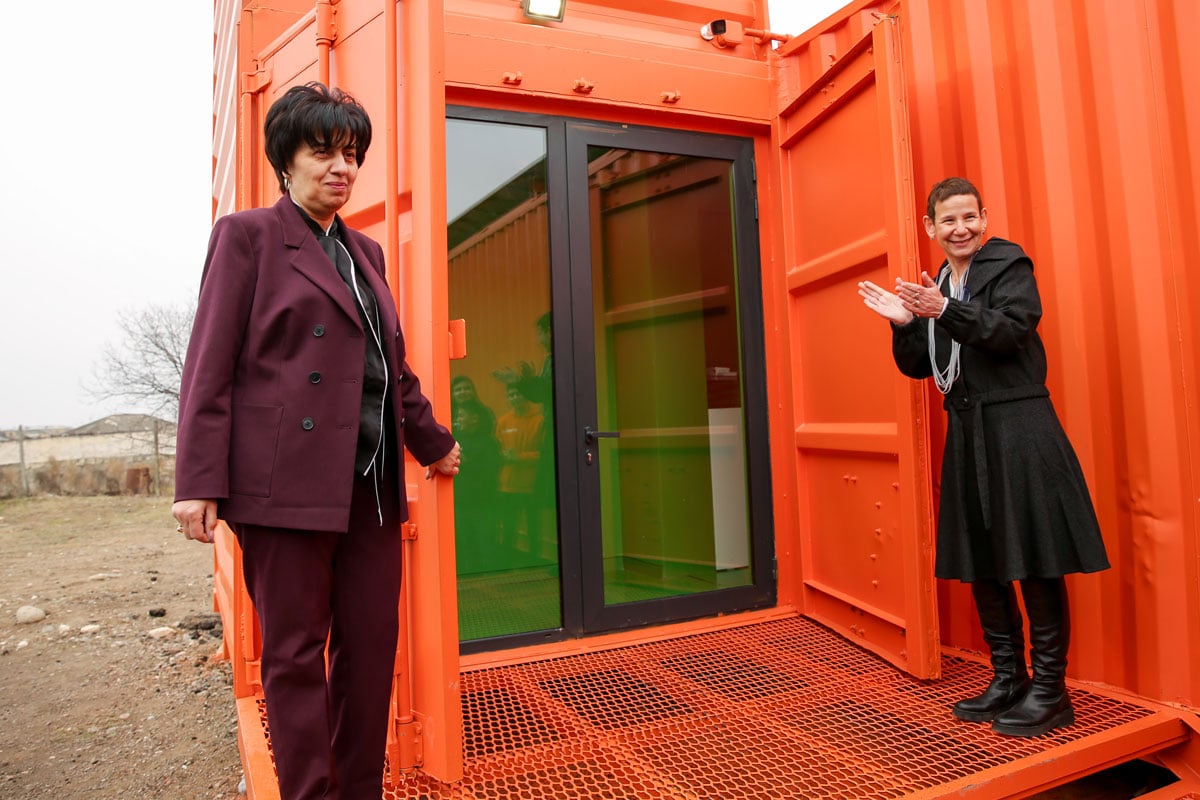 The TUMO center in Artsakh’s capital has welcomed approximately 4000 students and held over 300 workshops, 100 learning labs, and countless special projects with the support of AGBU since 2015. Future students from Martakert, as well as those from the upcoming boxes in Askeran and Martuni, will participate in the self-learning portion of the program at the boxes, and commute to TUMO Stepanakert for workshops and learning labs, using a specially organized transportation system. 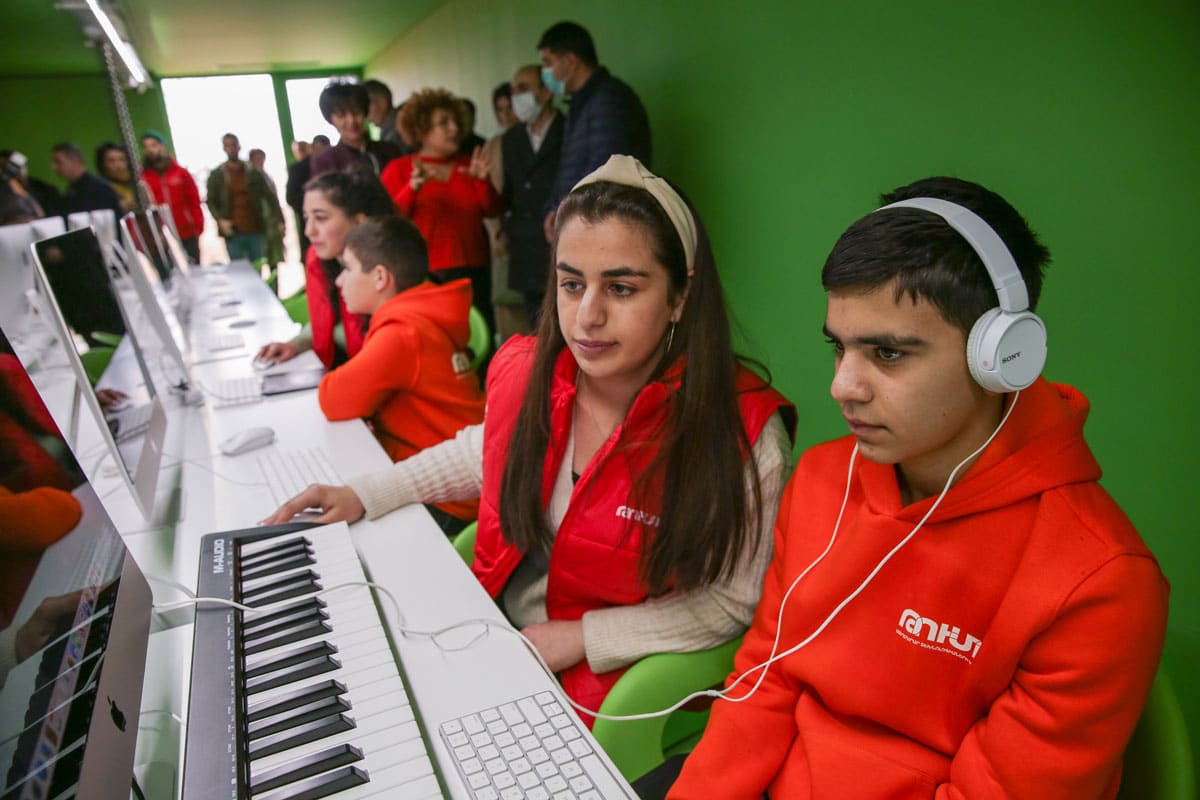 The State Minister of the Republic of Artsakh Artak Beglaryan emphasized the importance of expanding an education in technology in Artsakh, “Encouraging a technology education is one of the priorities of Artsakh’s government. The opening of the TUMO box in Martakert gives us an additional boost of positive energy and sets a high benchmark for future achievements. This education experience is incredibly important for teenagers from the city of Martakert and neighboring villages. I’m convinced that they will contribute to Artsakh’s hidden potential with their ideas, creative thinking, and flexibility. 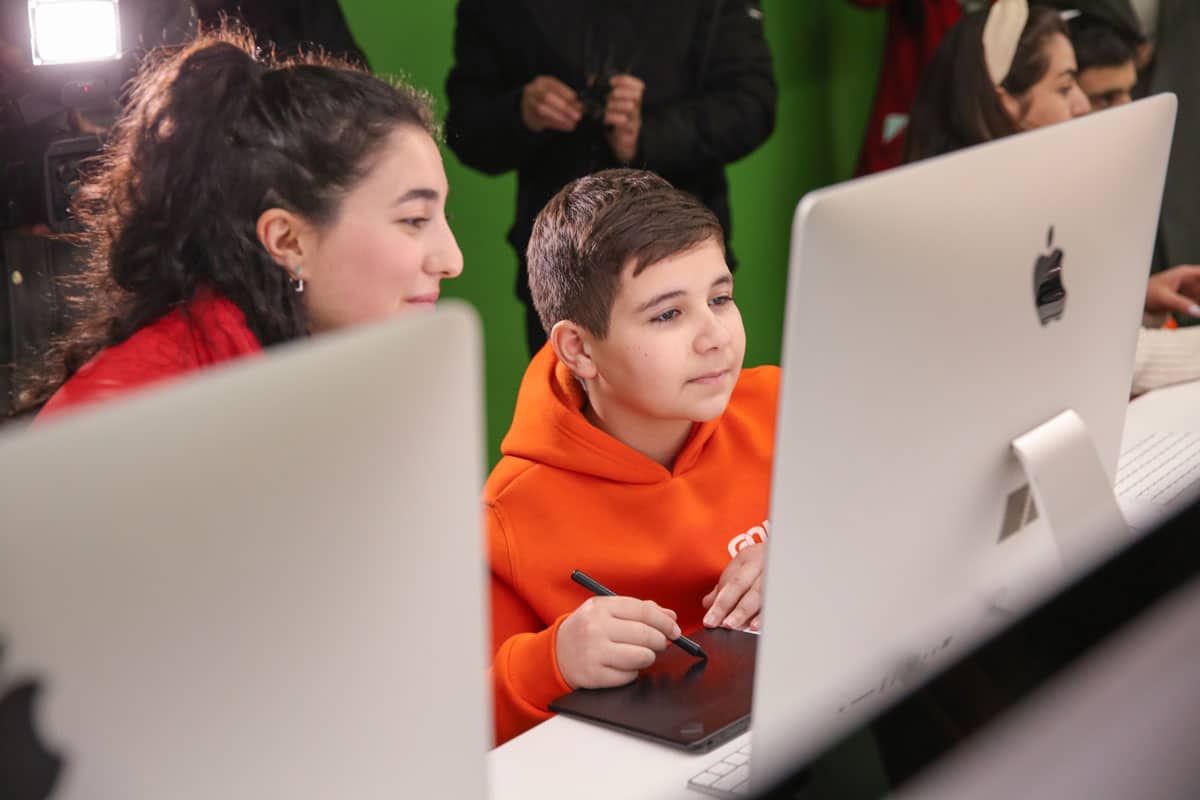 17-year-old Martakert native Arman Danielyan, who participated in many robotics workshops while attending TUMO Stepanakert, is currently a coach at the Armath Engineering Labs. Arman attended the opening of the TUMO box in Martakert to congratulate the teenagers from his city. “The most important thing that I learned at TUMO is independent thinking. Congratulations to the teenagers for the opening of the box. We really need this. You will think hard, develop and use the skills you acquire here in your everyday life and pursue big achievements.” 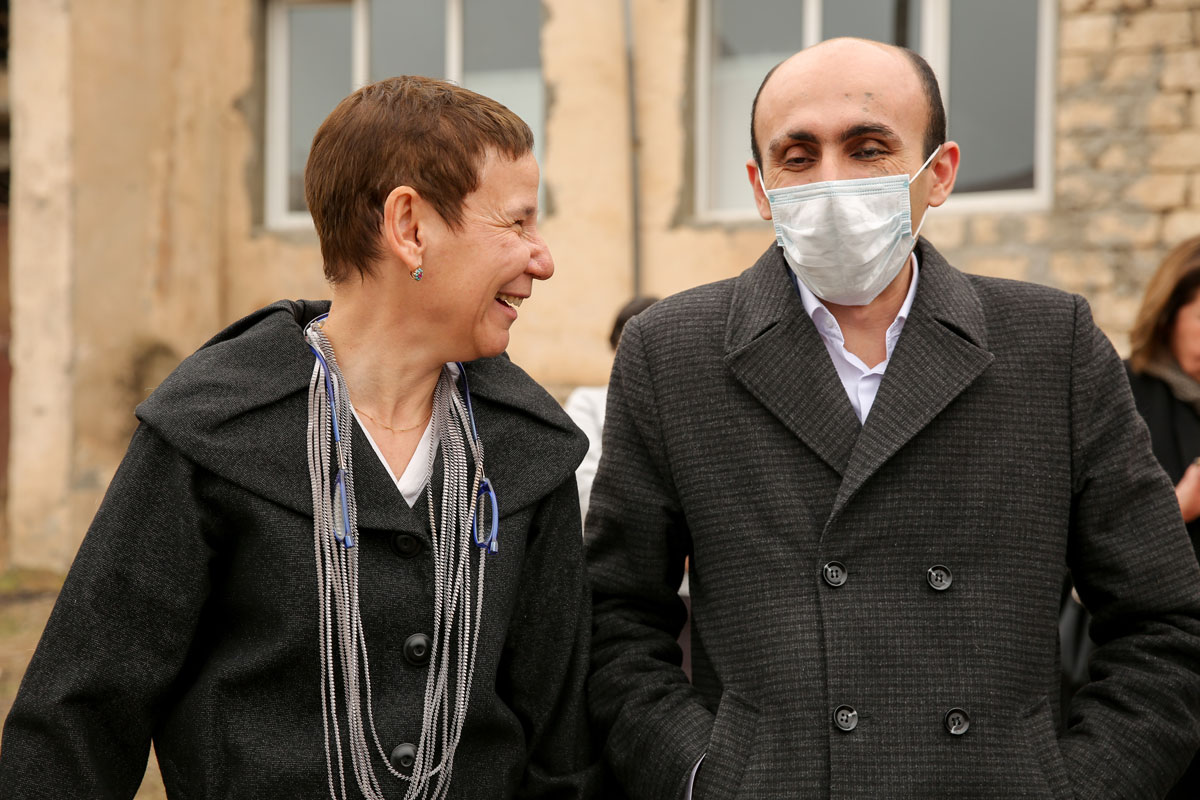 Marie Lou Papazian highlighted next steps for the TUMO Armenia campaign, “Thanks to our generous sponsors, the next phase of the campaign will consist of opening six centers in the cities of Kapan, Vanadzor, Koghb, Etchmiadzin, Hrazdan, and Martuni, along with 40 new boxes connected to those new centers and to existing ones.”

In the coming five years, the TUMO Armenia initiative will grant all teenagers nationwide access to TUMO’s education program by building 16 fully-equipped centers in the largest cities of the regions and 110 TUMO boxes in smaller communities.

The TUMO box is an easy-to-build, transportable and fully equipped mini-TUMO, where students complete the self-learning portion of the program. Throughout the year, students commute to the nearest TUMO center to participate in workshops and learning labs. Each TUMO box grants 320 teenagers weekly access to an education in technology and design.

The TUMO Armenia campaign is made possible thanks to the generous support of the Yemenidjian family, the Armenian General Benevolent Union, Elie and Elzbieta Akilian, and many other donors.