In any given month, hundreds of students sit in front of their computers and give life to their newly-created characters. Among this group there are future animators, as well as future doctors, accountants, pilots and teachers. While their tastes, specialties, favorite foods or films will change, as of this moment, they all have one thing in common: the desire to transform their imaginations into reality.

Since TUMO’s inception, animation has been one of the four primary focus areas. So it should come as no surprise that many students and alums are drawing their paths in this direction. But let’s not get ahead of ourselves, from the beginning: 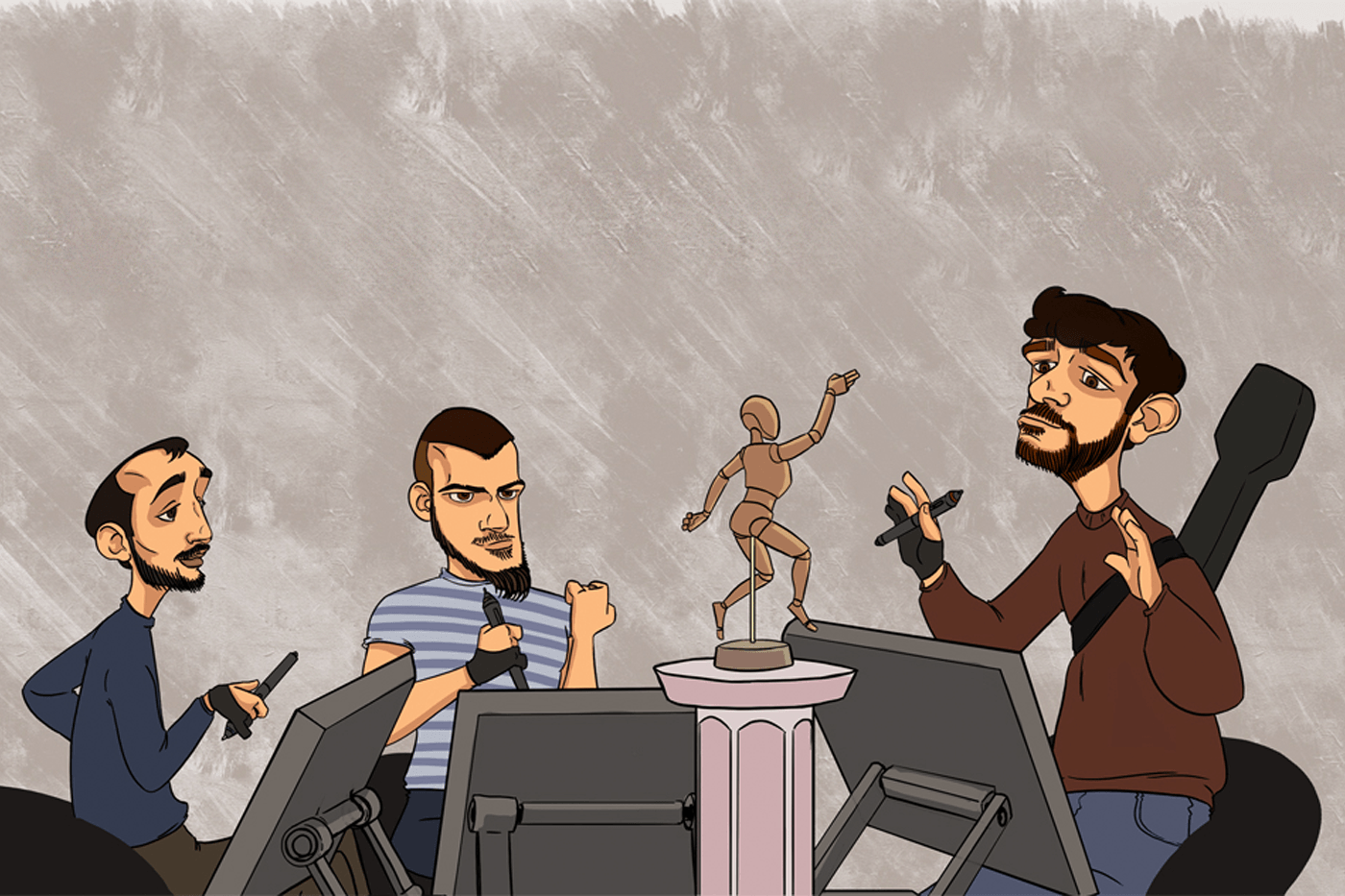 First, teens pick animation as a focus area within our interactive learning program, TUMO path. After completing activities on the path, they are able to participate in the first session of our animation workshop. According to workshop leaders, this is one of the most important and interesting sessions. It’s here that students first become familiar with the history and various types of 2D animation. This includes screening examples in anticipation of what teens will soon be creating. Workshop leader Hakob Muradyan notes, “It’s all motivation to love animation.” Throughout the remaining workshop sessions, students become fully immersed in learning about Adobe Flash (which, as a matter of fact, will soon be changed to Toon Boom, the new industry standard) and finally create movement with a character of their own design.

It’s during Level 2 that TUMOians learn about concepts such as circular motion, timing and spacing, follow through and overlapping action, squash and stretch and on and on and on… They also start researching people’s motility and paying closer attention to walking styles. (Even though our workshop leaders are convinced that there are as many unique walking styles as there are people on earth!) Throughout this level, the animator tries to communicate their character’s thoughts through their walking style e.g. sad characters walk droopy-like and happy characters with a little pep in their step. Once they have succeeded in this task, TUMOians move forward to the advanced group.

Students who make it to Level 3 have a strong command of Adobe Flash and can recreate the full range of our body’s delicate flexibility. This is where their task gets a wee bit more complicated. Challenged to produce an interesting story, teens are pushed to find the best-suited actors in addition to setting the stage for their narrative! Well, all that in an animation-sense. Obviously. At this point, they learn about staging, directing, the foundations of creating a storyboard and, most importantly, communicating their ideas through animation.

As for how students can use their new skills outside of TUMO’s three levels of animation or our special learning labs taught by industry professionals from around the world is up to them. For example, our alums Grisha Grigoryan, Zara Barseghyan, Levon Baghdasaryan and Arev Aroyan have already created the first TUMO startup, Yelling Animation Studio. At just two years old, they are working on different programs with various organizations like the European Union and American Embassy in Armenia.

Two more of TUMO’s alums, Hakob Muradyan and Ashot Avetisyan, have also found a way to use their animation knowledge, but with a different approach. They, as well as animator Antranik Chakhkalyan, lead animation workshops at our centers in Yerevan, Gyumri, Dilijan, Stepanakert and, soon enough, Koghb, transferring the abc’s of animation to the next generation and encouraging them to reach the xyz’s.

(In case you didn’t figure it out, the top photo is of workshop leaders Ashot Avetisyan, Andranik Chakhkalyan and Hakob Muradyan. The art itself was created by Andranik!)