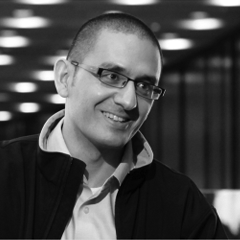 Raffi is the Managing Director of Emerson Collective. Previously, he served as the CTO of the US Democratic National Committee, and led Uber’s Advanced Technologies Center where he was responsible for launching Uber’s first fleet of autonomous vehicles. Prior to his role at Uber, Raffi was VP of Engineering at Twitter, where he was in charge of the core infrastructure that powers the social network. His other projects include co-founding WattzOn, an energy consumption tracker which was named best idea of 2008 by Business Week, and writing a book called TiVo Hacks. Early in his career, the MIT graduate taught at NYU’s Interactive Telecommunications Program.