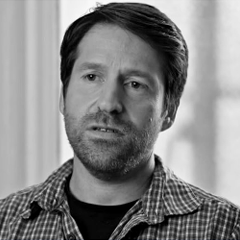 Alex is an American video game developer who co-created the billion dollar Halo video game franchise. Halo was one of the projects developed at Bungie, the game company Alex co-founded in 1991 while he was still an undergraduate at the University of Chicago. Microsoft bought Bungie in 2000, and Alex went on to found Wideload Games, a game company popular for such projects as Stubbs the Zombie and Hail to the Chimp. Wideload was purchased by Disney in 2009, and Alex became vice president of game development at Disney Interactive. In 2012, he left that position to start Industrial Toys, an independent game studio focused on creating mobile games for core gamers. Their first title, Midnight Star, is a re-imagining of the sci-fi shooter for touch devices.