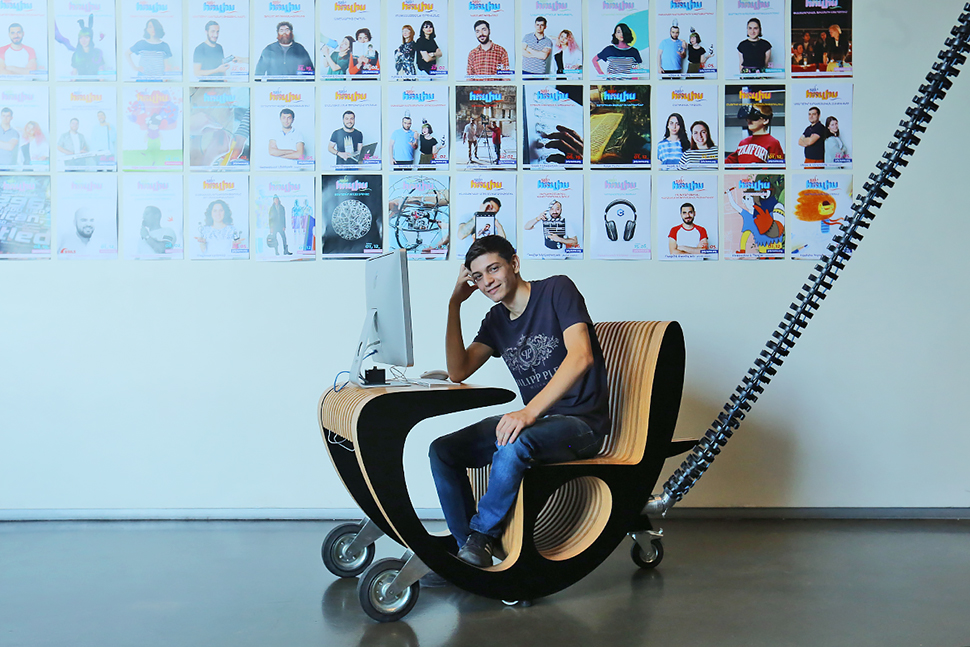 The generative modeling lab was unexpectedly hard. It turned out to be a real challenge for me. I’d worked with Unity before, but this time we did a deeper dive into its features. We made Shaders with CJ. We used a lot of math and David was great at explaining everything. We explored more and more every day. I’m excited about all the new skills I learned to make games.

In the lab with Varazdat, we learned all about web hosting. I put up my website on the internet, and was pretty proud of myself until my friend managed to hack it! I fixed those mistakes, of course, so it was a helpful experience.

In a nutshell, this July, I learned web hosting, how to work with shaders, Rhino, CJ language, P5 and Python. 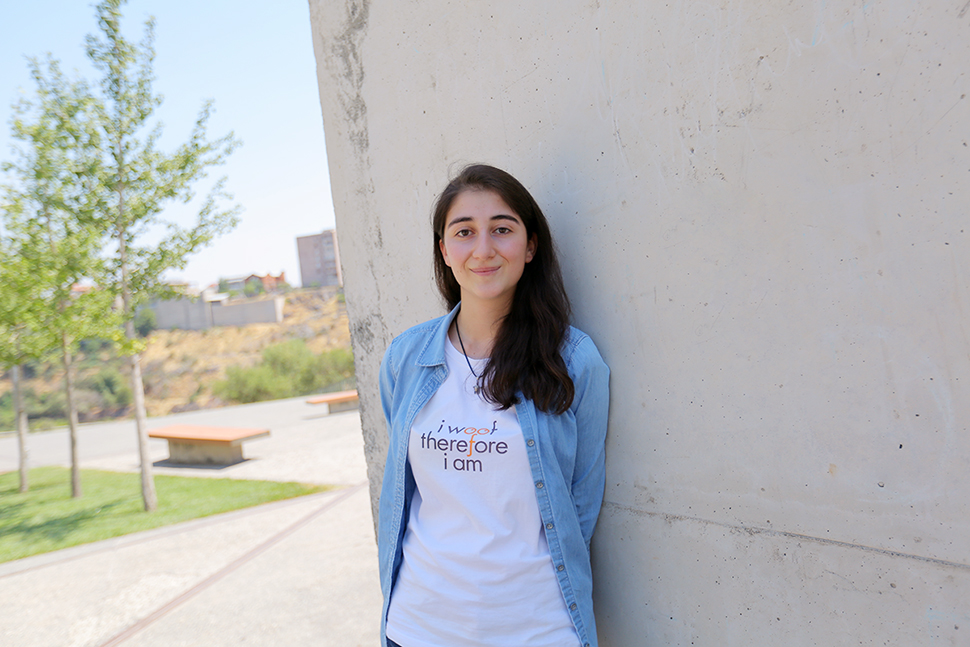 This July, my favorite labs were “Script to Screen” with workshop leaders Shoghik Hakobyan and Violet Grigoryan and “Introduction to Glitch Art” with Anna Lascsik.

In “Script to Screen” we went through all stages of filmmaking including editing visuals and sound. In “Introduction to Glitch Art,” I finally learned how to use Photoshop. We used the program to add glitch effects to images for t-shirts and magazine covers.

One of the most memorable moments was when comedian Sergey Danielyan joined one of our filmmaking sessions. Despite filming for twelve hours straight, the atmosphere remained professional because we were all thrilled to be working with an entertainer of his caliber. The movie isn’t finished yet, but I’m proud of our work on it so far. I’m not going to say anything else because I don’t want to spoil it.

This month, I also learned the basics of the C++ programming language with Jagannathan Sampath. I really enjoyed learning from him. The other students and I took him on a tour of the city. He loved the water fountains and would drink from each one we came across. We gave him a traditional Armenian hat as a gift and he wouldn’t take it off.

When I found out about Alt-July, I was disappointed that I couldn’t sign up for all 100 labs. If I had to choose three words to describe the experience, they’d be knowledge, eternity, and Jagannathan. 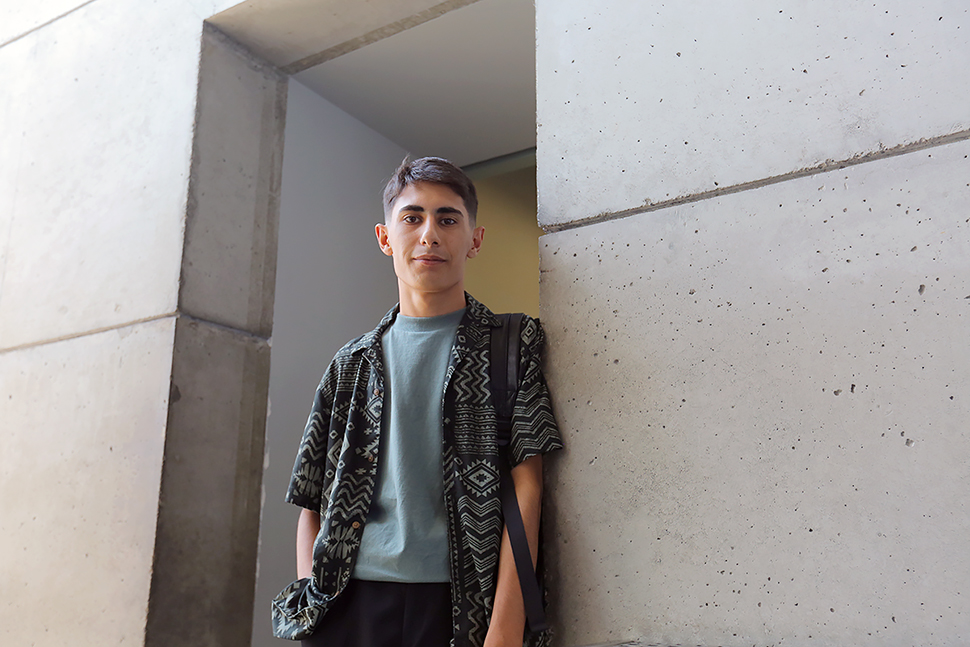 It was the first time that we worked with drones. We even made a documentary movie about the city’s sights during July. With Cabeza  Patata, we worked with Cinema4D and Marvelous Designer. It was really one of the best and most creative labs! To design the metro passes with Natasha Dzhola, I decided to illustrate Yerevan’s endangered or destroyed buildings like the “Kukuruznik” and the Rossia cinema. With Jay Perez, we scanned all 6 floors of the Byurakan Observatory.

During the photogrammetry lab we had some complications, but we dealt with all of them and had great results. During Natasha Zhola’s design lab, we went to the metro to take some pictures, and everyone was approaching to see what we were working on, so we spent most of the time telling passers-by about our lab. Together with Jay Perez, we made the first 3D scan of the Byurakan Observatory, and it’s already available online. 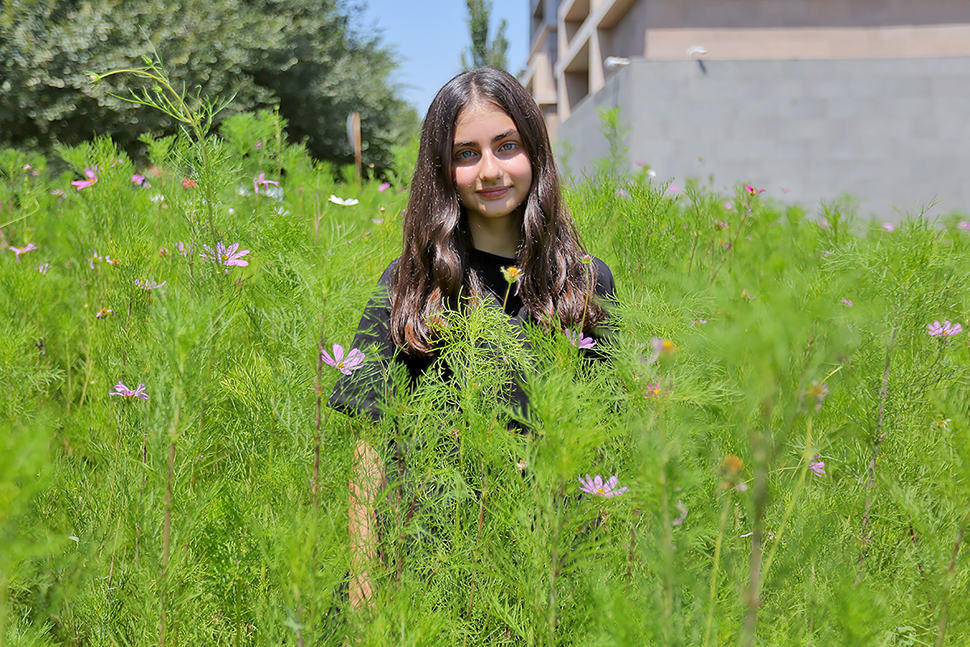 During Ashish’s lab, we learned all about 3D printers. I’ve always been interested in the subject, but I had no idea how it worked. We actually built printers. I did all of the “screwdriver” work! In the 3D scanning lab, we traveled to Sevan to record the landscape with a Faro Scanner. We also learned how to work with drones. I hope our scans will be helpful for Sevan. In Naira’s 3D fashion lab, I created an outfit inspired by a Japanese school girl and learned how to work with Marvelous Designer software.

It was great to celebrate Ashish’s birthday at TUMO — we prepared a surprise for him!

In the beginning of the month, I was nervous because I thought the labs would be too complicated and that I wouldn’t be able to figure them out. But the day I started, those feelings went away.